We popped into the Terry Bison Ranch in Cheyenne, Wyoming for a couple of days.

Been there before and while it’s not the prettiest place to camp, the price is right and access to highways I-80 and I-25 are super easy.

Too, Bobby Flay voted Terry Bison Ranch for Wyoming’s best burger in 2009 and I agree. Their bison burgers are some of the best I’ve ever eaten.

But the beer offerings take the prize.

I asked for a Fat Tire and the waitress asked if I’d like the small or large.

I ordered the large – assuming it would be a pint – 16 ounces. 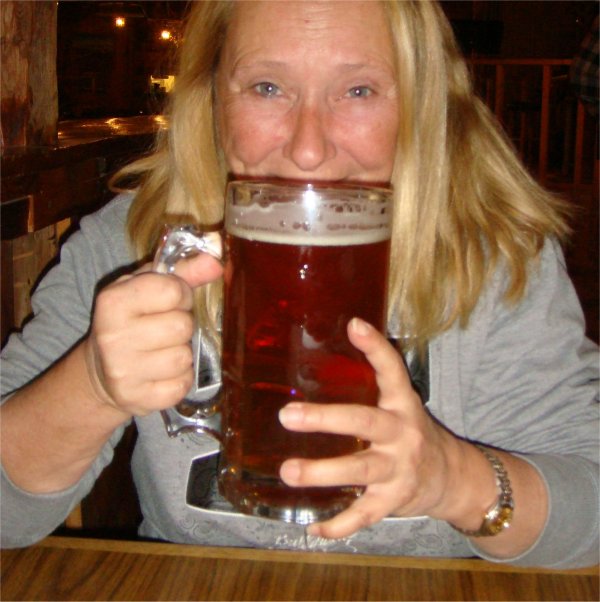 So, I asked if I could get it to go if need be.

She said “sure” and sure enough, I ended up walking back to the trailer with a 16 ounce styrofoam cup of leftover beer after dinner.