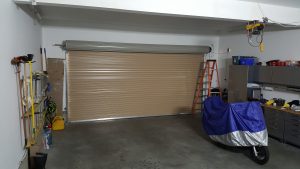 Our garage door hasn't worked properly since its installation on the new house back in May of 2016. It frequently fails to open all the way, i.e. goes up 6 inches and just stops. Push the button a few times and it does the same thing repeatedly. You end up having to go and 'help out' by pushing up on it while it's negotiating those first 6 inches. The door also doesn't much like to be … END_OF_DOCUMENT_TOKEN_TO_BE_REPLACED 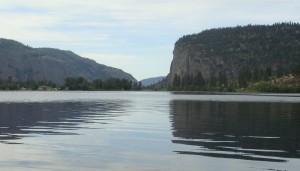 Having earned my air traffic control licence at Penticton (YYF) tower in 1989, I was thrilled to be awarded a full-time position there when Castlegar (YCG) tower closed in 1990. I already knew and liked all the airport staff and loved what I'd seen of the area in the few short months I'd spent training there. Nestled between Okanagan and Skaha Lakes with a semi-arid climate (HOT dry summers / … END_OF_DOCUMENT_TOKEN_TO_BE_REPLACED 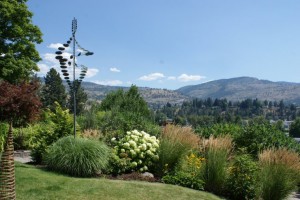 My neighbours call it 'the park'. I didn't really appreciate my backyard as such until just this year --- when I put the house up for sale after 10 years of landscaping. :-) This is the patio where we spend hot summer afternoons chatting with friends, reading and playing games. This is a partial view towards the south-east from that seating area... This is the view towards … END_OF_DOCUMENT_TOKEN_TO_BE_REPLACED 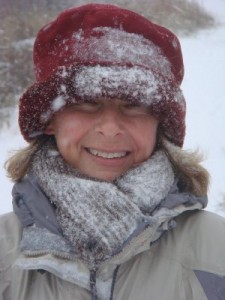 Greetings and a very Happy New Year to all the Roamsters' readers! I do hope you all had a wonderful holiday and that 2009 is off to a roaring good start for you. My apologies for not writing for so long - and I really DO have a million different topics to catch up on, all the way back to the last portion of our August / September road trip during which we did some absolutely excellent hiking in … END_OF_DOCUMENT_TOKEN_TO_BE_REPLACED

After an attempt at rolling his new kayak in our swimming pool, Landlubber Ed (who does not swim and has only been in a kayak once before) decided that what with wearing his new Mountain Equipment Co-op PFD (which he calls a PDF) he was more than ready to brave the waters of Vaseux Lake for our inaugural voyage. As you can see in the next picture, Ed's attempt to roll the kayak was well... … END_OF_DOCUMENT_TOKEN_TO_BE_REPLACED