Tom Haddon seems to be a really nice guy, but he’s a TERRIBLE painter.

Our building contractor hired Tom Haddon of “Here Come the Painters” to do a small job at our house. His paint job turned out OK, except for the big splat of paint that was left on a nearby window blind which I didn’t notice until several days later when the blind was lowered again. As I tried to remove the paint from the blind myself and made a mess of it, I ended up having the blind replaced for $200, without telling Tom about his mistake.

I suppose I should have learned from that, however…

The next time we needed a painter, we hired Tom to apply a clear protectant to the fir siding on our house. He bought the stain and arranged for an employee of his to do the job.

Here’s a picture of the clear fir on a wall “Here Come the Painters” did not touch… thank goodness. 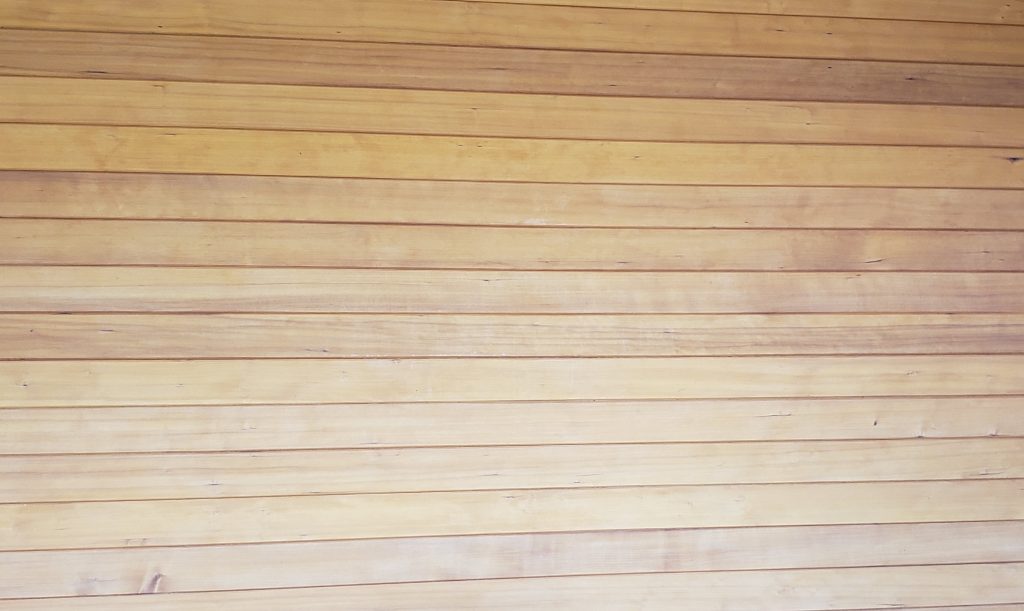 When I saw that the stain they were applying was not only opaque but ORANGE, i.e. not like clear fir at all, I called Tom to ask him to tell his employee to stop painting.

However, because Tom’s (very obnoxious) employee thought that the opaque ORANGE looked so much better than the clear fir (he told me as much), I had to call Tom TWICE before the worker finally stopped ruining our house.

To repair the damage, Tom had to sand the siding that was ruined before he could a more suitable product. The sanding was so extremely noisy inside the house that he was asked to wait a couple of days, so that I, with more acute hearing than most, could leave town. Rather than hire a couple of workers to expedite the process, Tom subjected Ed and our dog to 4 days of noisy sanding.

During the sanding, Tom scratched up the metal siding along the bottom of our house on all the walls he sanded. Oh, not to mention the stain drips on both the walls and our concrete deck.

During the ‘repair’ application, the weather was very hot and 2 of the walls were in direct sunlight. By result, Tom didn’t leave a ‘wet edge’ and now both the southern and eastern walls of our house are blotchy and ugly.

Here’s a closer view of the damage. Ignore the ‘drips’ from the stars, we didn’t expect that to be fixed. 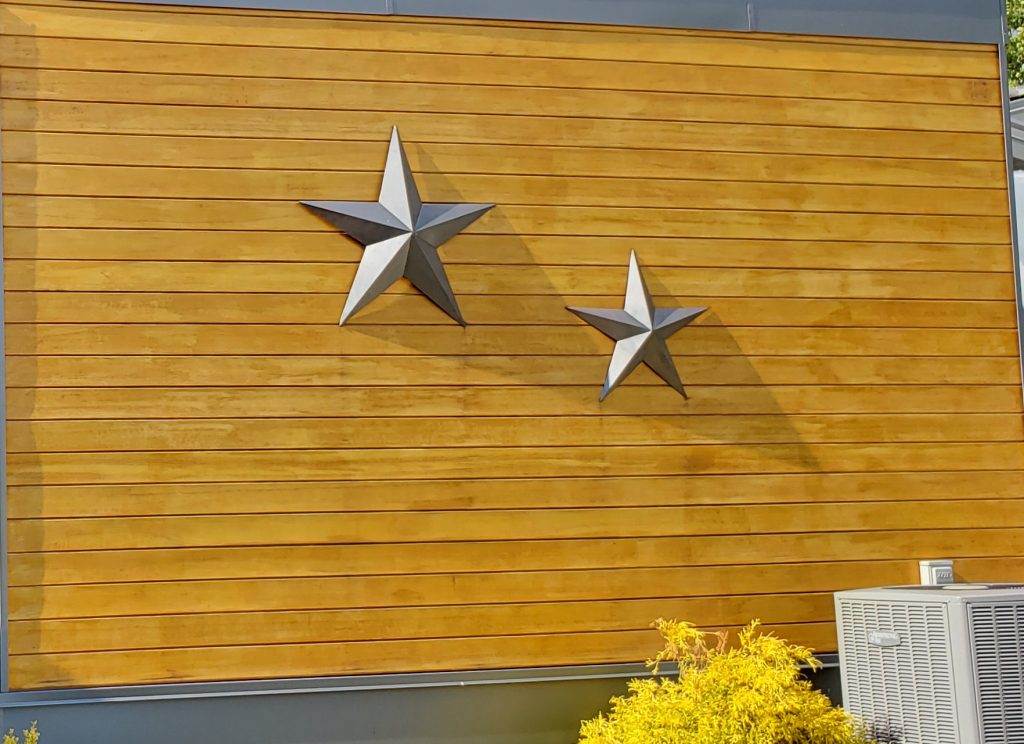 For the pleasure of 2 ugly, blotchy walls on our beautiful house, I paid Tom $2259.50. Note: the north and west-facing walls turned out mostly OK, except for the problems shown in the following picture where there are inexplicable failings (blotchy bits) on a north wall that never receives the sun. 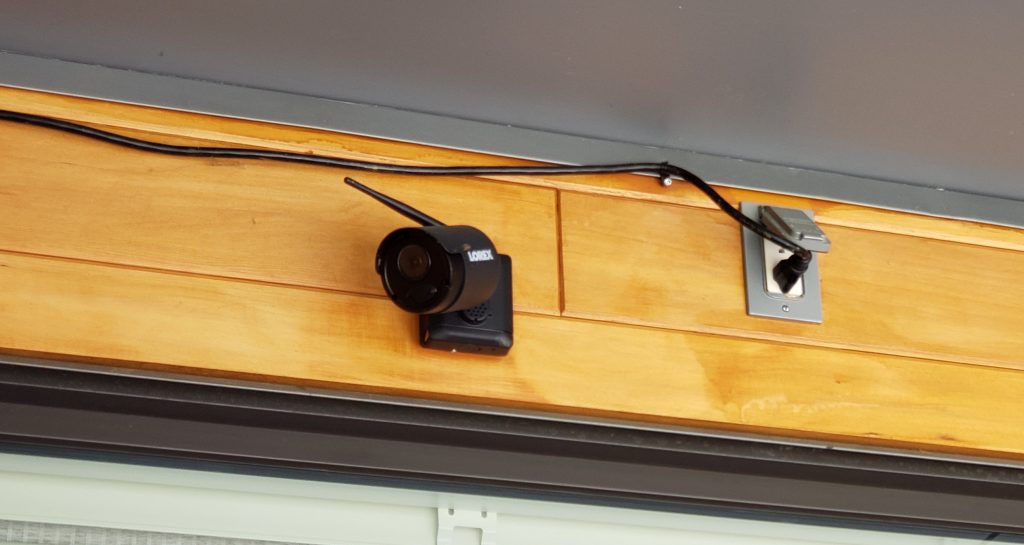 Tom was offered the opportunity to correct the mess he made of our house – which was to repair JUST the street-facing and smallest wall – but chose to forgo that offer. Indeed, he responded to that request immediately, saying he would be in touch in a ‘few days’, but it’s been a month and we’ve heard nothing from him since.

In light of Tom’s failure to respond to what we consider a VERY fair request, I felt it necessary to alert potential customers to his less than professional work ethic and ability.