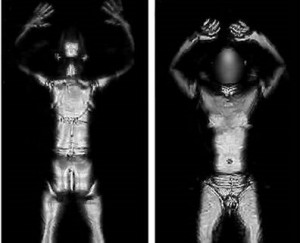 Here is the text of a new security directive from the U.S. DEPARTMENT OF HOMELAND SECURITY, Transportation Security Administration issued on Christmas Day.

This Security Directive (SD) must be implemented immediately. The measures contained in this SD are in addition to all other SDs currently in effect for your operations.

INFORMATION: On December 25, 2009, a terrorist attack was attempted against a flight traveling to the United States. TSA has identified security measures to be implemented by airports, aircraft operators, and foreign air carriers to mitigate potential threats to flights.

APPLICABILITY: THIS SD APPLIES TO AIRCRAFT OPERATORS THAT CARRY OUT A SECURITY PROGRAM REGULATED UNDER 49 CODE OF FEDERAL REGULATIONS (CFR)1544.101(a).

ACTIONS REQUIRED: If you conduct scheduled and/or public charter flight operations under a Full Program under 49 CFR 1544.101(a) departing from any foreign location to the United States (including its territories and possessions), you must immediately implement all measures in this SD for each such flight.

1. Spouse and children, or
2. One other individual (chosen by the Head of State or Head of Government)

3. For the purposes of Section I.B., the following definitions apply:

1. During flight, the aircraft operator must ensure that the following procedures are followed:

AIRCRAFT OPERATOR ACKNOWLEDGMENT: The aircraft operator must immediately provide written confirmation to its assigned PSI indicating receipt of this SD.

APPROVAL OF ALTERNATIVE MEASURES: With respect to the provisions of this SD, as stated in 49 CFR 1544.305(d), the aircraft operator may submit in writing to its PSI proposed alternative measures and the basis for submitting the alternative measures for approval by the Assistant Administrator for Transportation Sector Network Management. The aircraft operator must immediately notify its PSI whenever any procedure in this SD cannot be carried out by a government authority charged with performing security procedures.

FOR TSA ACTION ONLY: The TSA must issue this SD immediately to the corporate security element of all affected U.S. aircraft operators.

So, I guess the best advice here is to either not drink anything during the flight, buy adult Pampers or barring those two options – become the Head of State of some country.