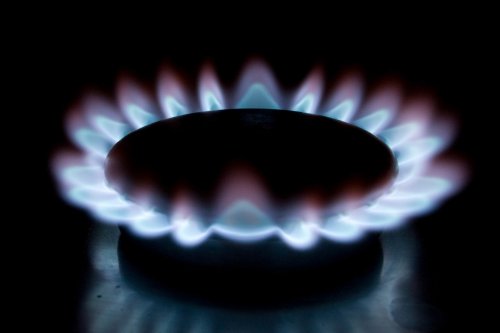 I put a pot of soup on the stove to warm and then stepped out of the RV briefly.

While outside, the soup boiled over and Ed removed the pot from the burner.

I returned a minute later to the RV to see a mess of soup on the stove and immediately began to clean it up using Windex and paper towelling.

Next thing I knew, the paper towelling was on fire.

Fortunately, the water faucet was handy so I grabbed a cup of water and doused the flames.

That’s when I noticed that the burner was still on… Aaaah-hem.

Granted, I didn’t check before I started cleaning, but geez, who removes boiling soup from a stove and doesn’t turn the burner off???

(I wish I had a dollar for every time I found the gas burner left on at home — I could probably pay the monthly gas bill with the proceeds).

Lesson: Turn gas off prior to removing pots from burner. 🙂