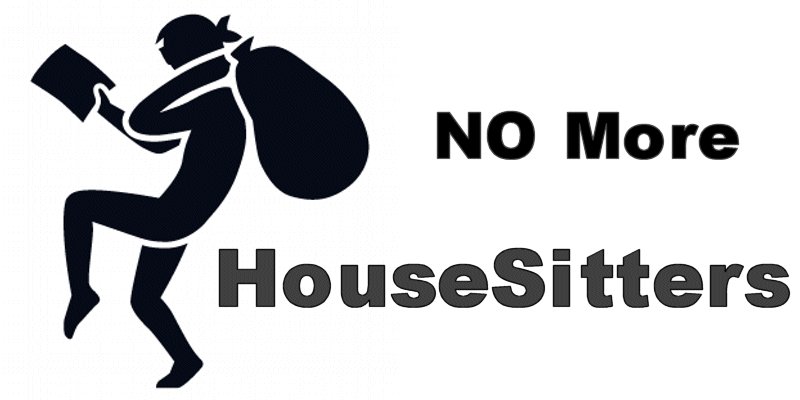 PLEASE remind me NEVER to agree to consider having another housesitter/renter look after our place in winter… UNLESS they are TRULY a trusted friend.

This year we set up a housesitting arrangement with a new ‘friend’, Kate, whom I met last spring and who needed a place to stay come November because she couldn’t stand her nephew-in-law, whose basement she had been staying in until her deal was up in November.

We were looking for someone to keep our house occupied over the winter. It seemed like a perfect solution.

Duh. I was SO wrong to trust this woman.

Kate agreed to pay the electricity bill for the 4.5 months we would be away over the winter.

She was informed that our electric/heating bill last winter was $200 per month, which we supplemented with $200 per month in wood heat.

Kate agreed not to use our wood stove, so I told her to anticipate up to $500 per month in electricity costs if it was a very cold winter, to which she said nothing.

Granted, $500 per month to rent our place on the lake would be pretty cheap. REALLY cheap in fact. 1-bedroom units in a quadriplex down the street cost $1,000 to rent over the winter. Ours is a brand-new uber-modern 2,200 square foot home.

Our cable and Internet services were kept active for her use, equalling $120+/month in FREE services.

I was slow in getting the Fortis bill for November and December to Kate. I sent her the January 11th bill on February 13th which was $805.62 and which I adjusted down to $700.00 for the 7 weeks of the 8 that she stayed in our house during that time period.

The day after she received the bill, she sent me the following email:

Ros, I can’t pay this kind of money. And, as I said in my last email, we should have communicated better. I live on a very limited CPP disability pension and I never would have agreed to pay this much. You said $200 a month in our initial talk and so I will etransfer $600 to you for Nov 10 – Feb 14

Kate is a liar.

She admits that she knew the electricity bill could have been as high as $500 in another email on the 13th.

I do wish that we had sat down and discussed and communicated all of the points in your pages of notes though, and that is totally on me. You initially said the bill was about $200 a month. Then days before leaving said something about $500 a month, so I’ve been a bit stressed about it. I didn’t realize that you would want the whole house left heated, plus no use of the wood stove, which I hadn’t planned on using but probably would have had a fire here or there.

Seriously, Kate is a liar.

She agreed NOT to use the wood stove and who doesn’t heat a whole house? Moreover, who in this day and age actually thinks they can stay in a house over the winter (or at any time) and that it will only be $200 per month?

I’m publishing this because as soon as Kate abandoned our home in the middle of the winter, she made it impossible for us to contact her, so we wouldn’t be able to get what she owes us.

We’re not even including the costs to bring folks in to look after our house after she abandoned it.

We would prefer she simply pays what she owes rather than having to drag her into small claims court which I suspect will prove to be a more expensive option for her.

Before she told me she was moving out and NOT paying what she owed, she blocked me on Facebook. Turns out that her new Facebook profile is Ferg KL.

We fully intend to go to small claims court to get the $550 she still owes us. She would do well NOT have her BAD name plastered all over the Internet, as opposed to just paying what she owes.

Seriously, a management company would have cost less overall and been much less hassle to deal with.

I’m SO done with housesitters!