OK, perhaps saying the air quality in Penticton is almost as bad as Beijing is a bit of an exaggeration, but when the smoke rolled in yesterday from a forest fire near Omak, Washington (the picture to the left shows the leading edge of the thick layer of smoke)- the air quality and visibility in Penticton took a huge nosedive. Earlier in the week, skies were a little hazy due to smoke from forest … END_OF_DOCUMENT_TOKEN_TO_BE_REPLACED 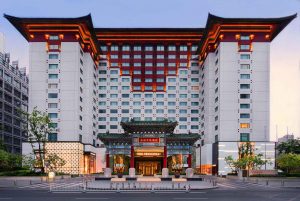 The Peninsula Palace in Beijing is just that - a palace. This was our favorite hotel of all the hotels that we stayed at during our trip to China. Our room was spacious and featured a 42-inch plasma TV, marble bathroom, a bedside electronic panel which centralizes all control functions in the room. There is also an electronic display by the door showing outdoor temperature. The Arcade … END_OF_DOCUMENT_TOKEN_TO_BE_REPLACED

We had just arrived at the Peninsula Palace Hotel in Beijing and decided to go for a walk to check things out. Well, just around the corner and up a street was the Forbidden City. I don't know about you but with a name like that I had to go for a look... Located in the heart of Beijing the Forbidden City was where the Emperors of China ruled for 500 years. The complex contains 9,999 buildings so … END_OF_DOCUMENT_TOKEN_TO_BE_REPLACED