On one of my forays to seek out plantings for my never-ending landscape project at our house in Penticton, Ed and I headed south to Oliver and Osoyoos to find well-established Oregon Grape plants.

As usual, I had to pull into Sundial Road on the south end of Vaseux Lake to see what, if any, properties were for sale there.

Lo and behold, I saw a ‘for sale’ sign on a lawn fronting a double-wide trailer and small cabin. 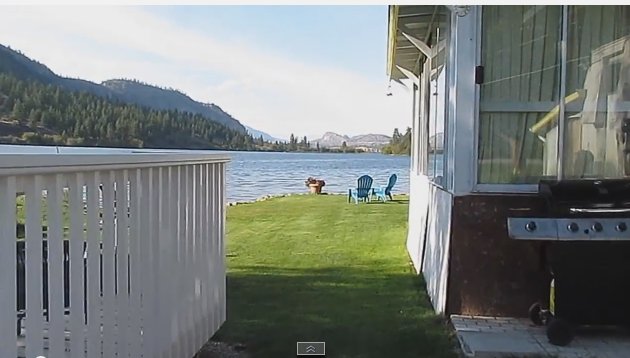 We slowed down and pulled into the parking space when we noticed a woman approaching us. I asked about the property and she declared that she had planned to pull the sign and take it off the market that day.

We chatted for a bit, I declared my interest and so our purchase process on the Vaseux Lake property began.

Financing took awhile as my business account manager at the Royal Bank sought to procure the best available deal. I ended up with a line of credit sufficient to buy the property with enough left over to get things prepped for building.

We listed the house in Penticton almost immediately.

So began the summer from hell.

Between frequent house showings AND trying to persuade my 99-year-old mother to move into a retirement complex, it seemed like we were on a treadmill involving nothing but house-cleaning and frustrating phone calls.

We couldn’t get insurance on the Vaseux Lake property, come hell or high water. No one was willing to risk their money on a double-wide built in the 70’s and a cabin built on a foundation much older than that.

We traveled to Toronto in late May to respond to my mother’s frantic call that she was dying of renal failure. We got there to find that she was fit as a fiddle and just lonely.

By mid-September, we finally got some relief when my mother signed a lease at a retirement complex. However, other than one outrageously low offer, our house in Penticton had not moved.

We traveled to Toronto again in late September to sell my mother’s house and finalize her move.

Before heading out to Toronto for the 3rd time in 6 months to celebrate my mom’s 100th birthday (which we planned, executed and paid for in full), we took the Penticton house off the market to give ourselves a break.

On returning from Toronto we decided to have some fun and used some of our ‘outstanding funds’ from the credit line to demolish the buildings on the property.

So now in January, we are waiting to re-list the Penticton house and plan our design for the lake house. 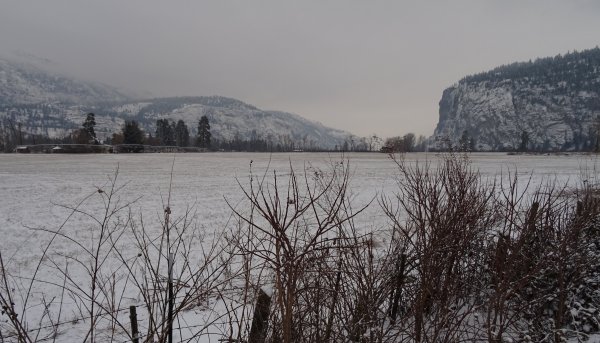