Don’t let the pretty picture fool you, like the view did us. We camped at the EZ RV Park outside Oliver, B.C. from late May until late July 2015 and I am SO happy to be outta there. 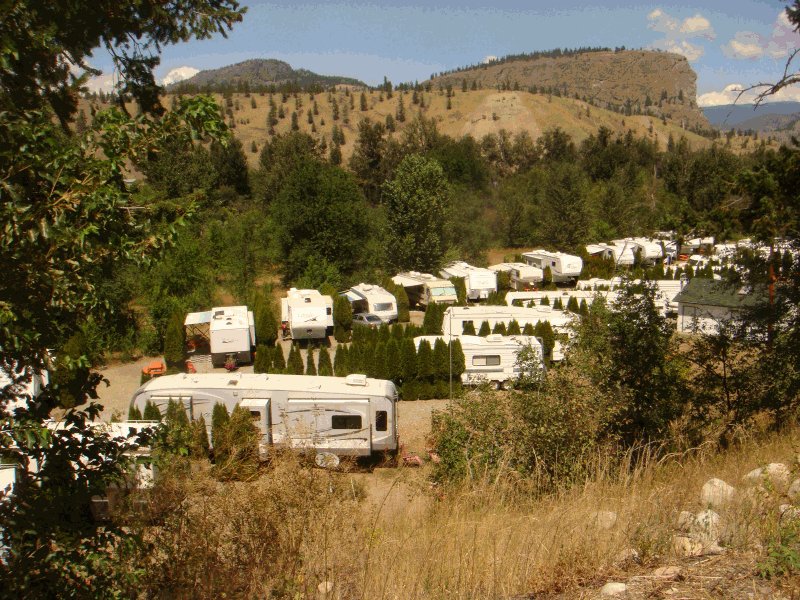 OK, it wasn’t ALL bad. Here are some of the Pros:

All that said, I really enjoyed hanging with the people we met there — most of whom agree that they won’t return to the EZ Campground next summer or once their work is finished in Oliver.

You can see more of my pictures of the EZ RV Park on Flickr.