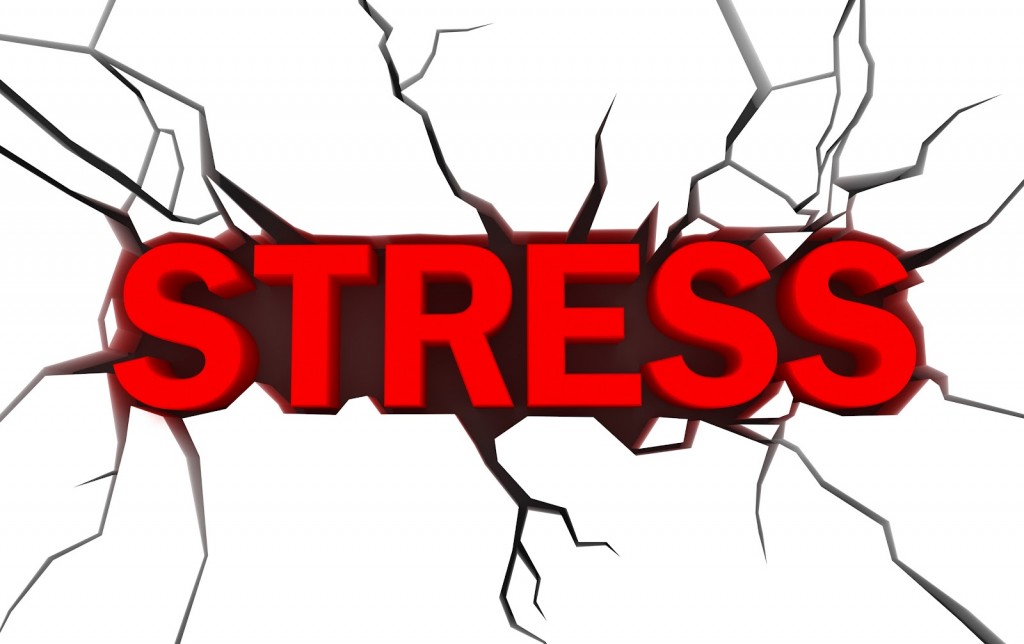 Ed and I just finished up a stressful month. It’s a month I’d like to forget and this will sound weird, but that’s why I need to write it down. Writers are strange people, to be sure. 🙂

It started back on September 22nd while I was at an appointment to fill up on prescriptions to take south over the winter. As we were leaving, our doctor stopped us in the hallway and handed Ed a requisition for testing that he was supposed to get done immediately and then make a follow-up appointment to see him asap.

Ugh. That didn’t sound good, so Ed did as ordered and the following Monday (the 29th) we were informed that Ed had cancer indicators in his blood and needed further testing. Our doc would put in the requisitions that day with an emphasis on the need for speed. 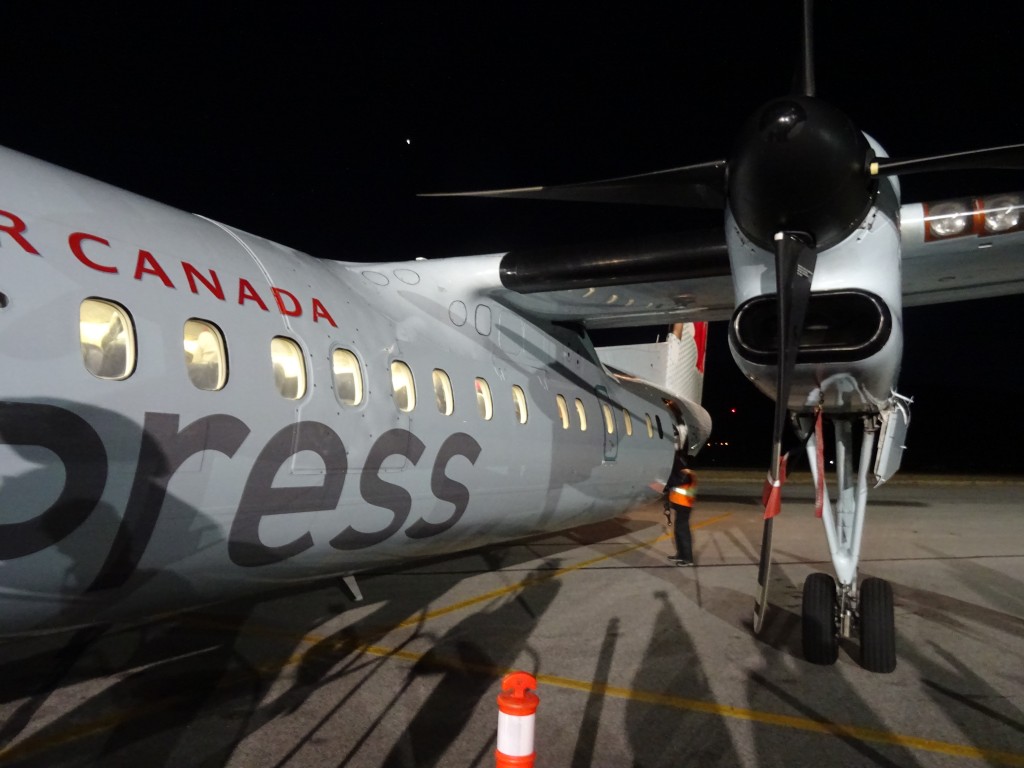 No point in waiting around for tests that probably wouldn’t happen for awhile, we then flew to Toronto the next day to spend a week with my Mom.

On the 30th, we took her out shopping for new winter clothes, then to lunch at her favorite (Swiss Chalet) and then to the dog park at Marie Curtis Park in Mississauga. 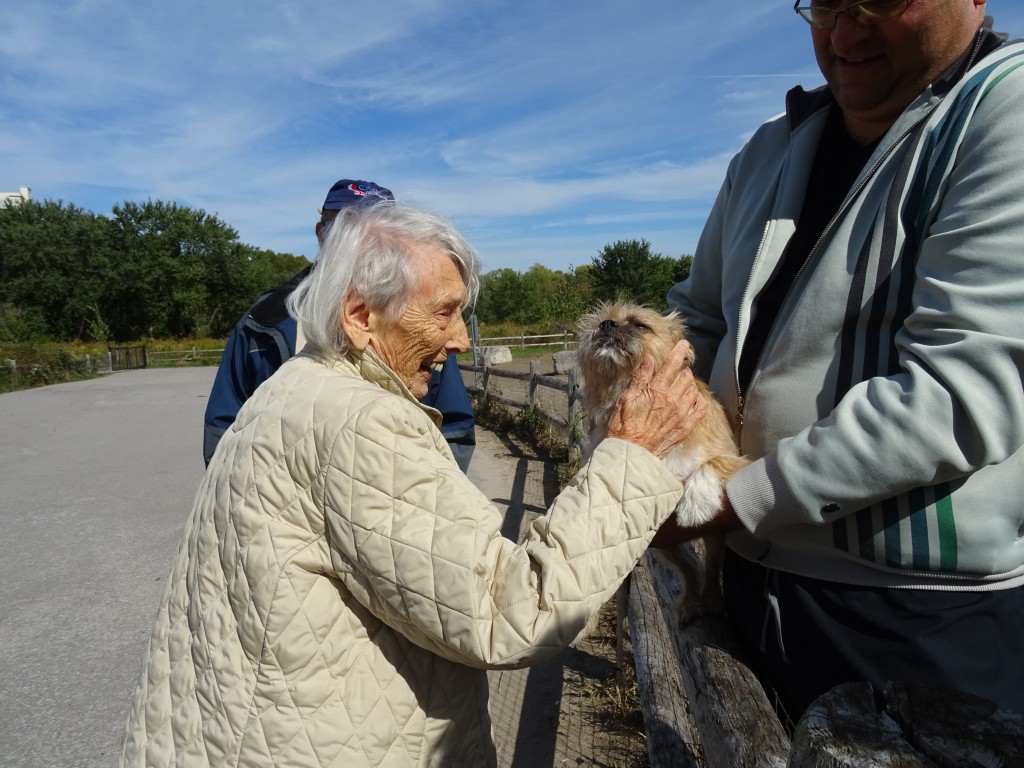 As my mom walked from the car to the fence at the dog park, I was walking backwards a few steps in front of her and watching her every step of the way… and then HORRORS! she fell in what appeared to be slow motion. I managed to jump in and arrest her fall somewhat.

One of the park visitors immediately rushed to help Ed and I get her up off the ground and she seemed fine… going to the fence to meet the dogs in the park.

About 5 minutes later I noticed that there were a couple spots of blood on her pant leg below her knee, so I suggested we get back to her apartment to clean the wound.

Fifteen minutes after we arrived at her residence and had taken care of what was just a scrape below her knee, my Mom started crying about the pain in her leg. I took another look and the area around the scrape was greatly swollen. Rather than try to get her into our Jeep rental vehicle to take her to the hospital, we called an ambulance.

Thank goodness we did that. If we’d taken her to emergency and she’d had to wait, I can’t imagine how much pain she would have endured until she’d finally been looked at in the emergency department. As it was, the ambulance attendants did their best and we still waited hours and hours to finally see a doctor. 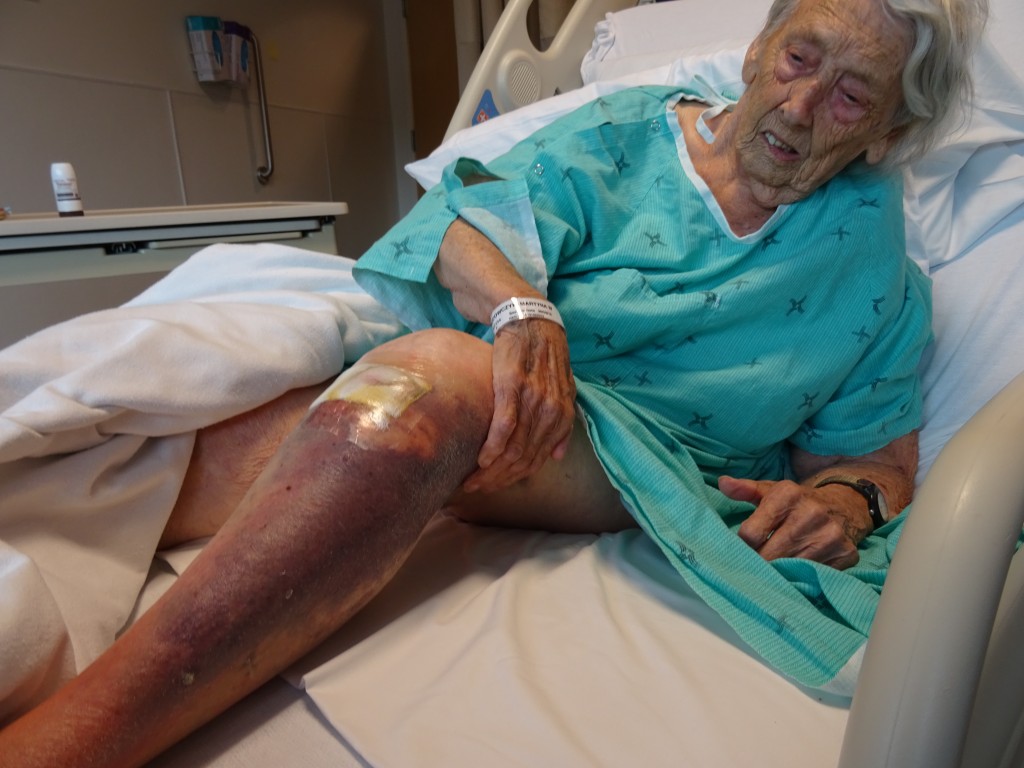 They did a number of tests in emergency and the results weren’t good. She was in renal failure and ended up spending the next 14 days in hospital.

That hospital stay turned out to be a blessing in disguise. While there, her whole medication regime was changed and she also started using a walker, which she had previously refused to even consider doing.

Other than a dinner with my buddies Brad and Ed from my Timmins days (1982 – 1986) and a quick afternoon in Oakville to have lunch at Julia’s…. 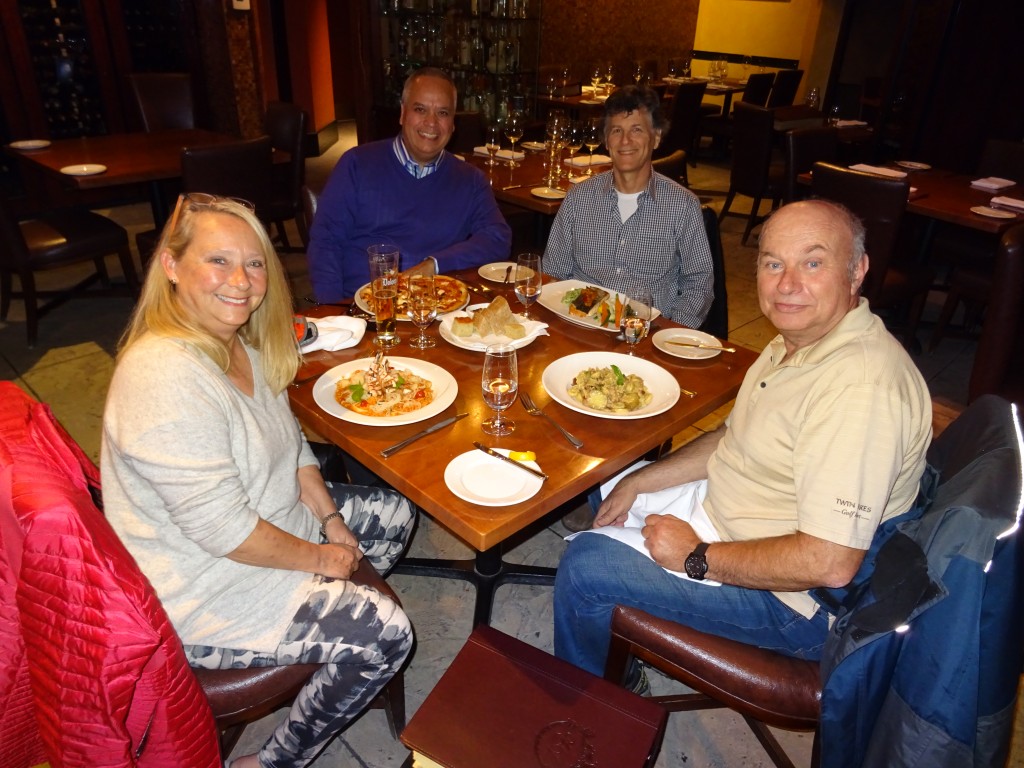 …Ed and I spent the rest of our time in Toronto in the hospital with my mom.

The day before we left, I could feel a cold coming on. As I write this post, it’s Day 21 of the cold / cough and I’m still hacking and blowing. Not as bad, mind you, but still… 21 days, what’s up with that?

We flew back to the Okanagan on October 6th and contending with Ed’s possible cancer issue came front and center.

Waiting sucks, not knowing sucks and I’m not good at either, so a couple of days later I asked Ed to check and see when he’d been booked in to see the hematologist. He learned that he wasn’t booked into until March 2016, so rather than blow a big bunch of brain cells, I asked Ed to book another appointment with our Doctor to find out what the hell was going on.

Thank goodness we did that.

It turned out that the appointment was taking so long because Ed’s blood no longer looked suspicious… although he did still need the spleen ultrasound.

Rather than wait until late November to go to Ed’s ultrasound appointment and find a place to park our RV during the cold Canadian winter when we could be in southern climes, we decided to head south for Arizona and for Ed to buy the ultrasound on our way at a cost of $750 US / $987.32 CDN. Amazing that the same ultrasound in BC costs only $250 Canadian… or $189.80 US. Yes, the American medical system is way over-priced and their own needy citizens can’t take advantage of it… but we WILL. 🙂

So… that’s where we’re at right now.

WAY better than where we were a month ago… thank goodness!

At least I can maybe get some sleep now. 🙂

We actually went for a long relaxing walk in the migratory bird sanctuary this morning… something we’ve been too stressed to do for the last month. 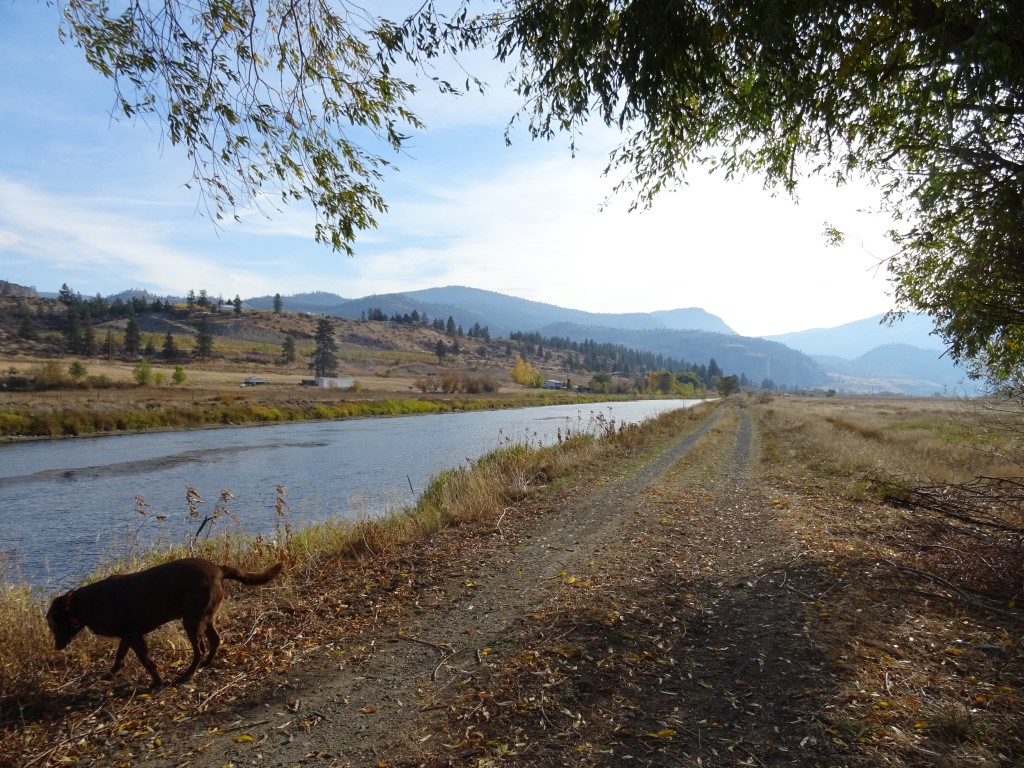